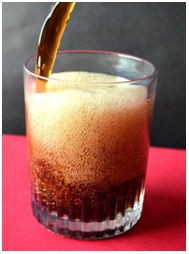 Complementary and Alternative Medicine practitioners often advocate that diet sodas are regularly consumed by unhealthy individuals, however no strong research evidence has been found to support such claims. So the question arises whether avoidance of regular consumption of diet sodas is valid lifestyle advice.

A study from 2009 (Nettleton et al) showed that there was no significant differences seen on investigating the effect of other non-caloric drinks and diet soda on weight loss. During this intervention study, all other dietary factors remained constant and controlled. Therefore, it is acceptable to presume that lifestyle dietary habits are a stronger contributing factor to weight rather than the beverage (diet soda) itself.

A recent 2012 research study known as the Northern Manhattan study, investigated the correlation between diet soda and vascular events. Results suggested the presence of a weak correlation between the two variables. However, such results should be interpreted with great care as the trial participants were all categorised as unhealthy.

Conversely, other studies have provided evidence for the negative impact of diet and regular soft drinks on health. See Apple A Day Rx previous blog which indicates that these diet soda drinks are associated with metabolic syndrome, coronary heart disease and diabetes.

Whilst one may argue that there is no direct evidence of the effect of soft drinks on vascular deterioration, the general research evidence of regular consumption of diet sodas concurs with the Lifestyle advice given by the Complementary and Alternative Medicine practitioners: