The world’s most popular psychoactive drug is Coffee!

Many agree with the following quote, “The morning cup of coffee has an exhilaration about it which the cheering influence of the afternoon or evening cup of tea cannot be expected to reproduce. ~Oliver Wendell Holmes, Sr., “Over the Teacups,” 1891.  Our love affair with coffee has seen the growth in coffee shops and the coffee we use at home; roasted coffee, instant coffee, and coffee pod. Some companies promote coffee as one of the best nutritional supplements as it has antioxidant properties, increases focus and productivity and is said to prevent Alzheimer’s disease. 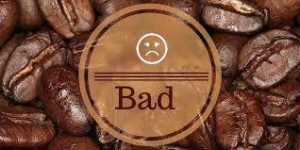 There is research evidence that shows that coffee has various health benefits. In a research study published in the Journal Stroke, researchers found a 22-25% lower risk of stroke in women who drank at least one cup of coffee a day for over 10 years.

A more recent research study by Freedman et al investigated mortality data in over 90,000 adults in the US. They found that there was an inverse relationship between drinking coffee and deaths from heart disease, chronic respiratory diseases, diabetes, pneumonia and influenza, and intentional self-harm, but not cancer. Coffee may reduce mortality risk by favourably affecting inflammation, lung function, insulin sensitivity, and depression. So coffee may be considered by some as natural cure and/or remedies for some health conditions.

The Bad News for Coffee Drinkers

While some promote coffee as a natural cure and remedies or as part of preventative care, we also need to remember that caffeine is a drug and it can:

The negative research on coffee as one of the everyday food and nutritional supplements stems from the effect it can have on the nervous system. Structurally, caffeine closely resembles adenosine which is found in the brain. Adenosine promotes sleep and dilates the blood vessels. Caffeine acts as an adenosine-receptor antagonist. This means that it binds to these same receptors, but without reducing neural activity. The activation of numerous neural circuits by caffeine also causes the pituitary gland to secrete hormones that in turn cause the adrenal glands to produce more adrenaline.

Furthermore, a paper from the Journal for Nurse Practitioners states: “Caffeine meets all the requirements for being an addictive substance, including dependence, tolerance, and withdrawal.” Caffeine intoxication is also listed as a mental disorder in the DSM-5.

So what do coffee drinkers do?

The pro-coffee research presents interesting findings, but the fact that caffeine is a drug is a concern. Those who promote coffee as one of the best nutritional supplements need to re-examine the scientific evidence as it can be detrimental to health.

Many of us use the morning cup of coffee as a stimulant to get energy that in itself creates an imbalance. The greater our daily intake of coffee, the greater the imbalance. For those who have symptoms of Adrenal fatigue they have no option but to quit coffee.

So the decision is yours, but remember; the greater the daily concentration/dose of caffeine the greater your health risk.