Ever since agriculture came along, people have been trying to adapt to the new energy source that we found in carbohydrates. Prior to this humanity lived mostly in tribes of hunters and gatherers and their diet consisted only of meat, vegetables,fruit,and nuts. That’s basically what the paleo diet is – keeping the strict diet of our ancestor cavemen. 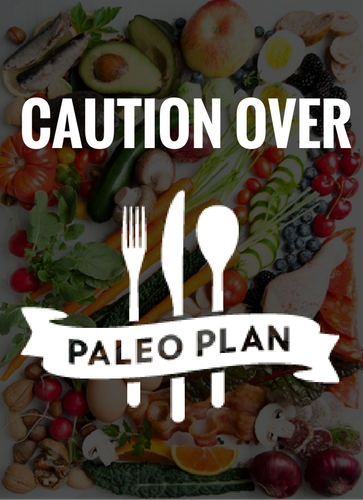 The Paleo diet is defined as a diet based on the types of foods presumed to have been eaten by our early ancestors, consisting chiefly of meat, fish, vegetables, and fruit and excluding dairy or cereal products and processed food.The popularity of Paleo

Walk down any trendy shopping mall or high street and you will find cafes and restaurants extolling the virtues of the paleo way or whole food shops, selling paleo type foods. However, there are concerns when celebrity chefs and bloggers marketing the Paleo diet as Complementary and Alternative medicine. This should be the domain of qualified healthcare practitioners. Misguided examples include a celebrity chef recommending not to use either breast milk or an approved infant formula, but to provide other foods to infants under six months of age.

Many advocates of Paleo focus on high protein intake and minimal carbohydrate intake; in the long term, this can be detrimental.

A research study published in 2009 that showed that in people with type 2 diabetes, the Paleo diet lead to greater improvements in weight, blood sugar, triglycerides, blood pressure, body mass index, and waist circumference than the standard diabetes diet.  Many paleo proponents have tried to promote Paleo for treating diabetes using this as a point of reference, but it is important to note that this study only had 13 participants.

However, a recent study, published by Australian diabetes researcher – Associate Professor Andrikopoulos, shows that there is no long-term evidence showing the benefits of a Paleolithic diet for people living with type 2 diabetes. The Melbourne professors also warned that trials analyzing the diet’s long-term efficacy in diabetes are few and far between. Dr. Andrikopoulos stated, “In summary, these small and short-term studies tend to indicate some benefit but do not convincingly show that a Paleolithic diet is effective for weight loss and glycaemic control in type 2 diabetes.”

As you read through this article, you can see that the paleo diet as an alternative medicine treatment diet should only be followed for a minimum time period. If you decide the follow the strict paleo diet you should also remember that the Paleo diet falls short of providing the micro nutrients notably Vitamin D and Calcium. This latter point can have detrimental health effects. If you are unsure, then speak to a Complementary and Alternative medicine practitioner.