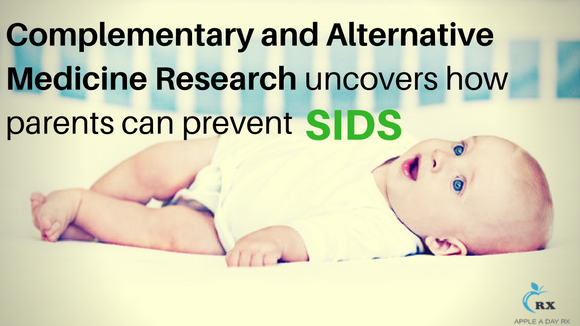 One of the challenges that we go through the first six months of parenthood is the fear of SIDS. Sudden infant death syndrome (SIDS) which is sometimes referred to as ‘cot death’, is the sudden, unexpected and unexplained death of an apparently healthy baby. It often occurs within the first three to six months of a baby’s life.

Among the industrialised nations, Japan has the lowest reported SIDS deaths and New Zealand the highest.In Australia in 2013, 54 babies died of SIDS, in the UK the number is currently 300per year and the USA it is 3,500 per year. Despite these numbers of mortalities, SIDS is rare and the risk of a baby dying of SIDS is low.

Although SIDS is defined as a syndrome, many people view it as a single entity due to its distinctive features such as higher incidence in males and occurrence within 2-4 months. The known causes of SIDS are:

What does the research tell us?

Complementary and Alternative Medicine researchers pint out that smoking is high-risk; researchers have shown that pre-natal smoking is a high-risk factor for SIDS. A study in rats revealed that smoke exposure affected breathing responses and immune function of their offspring.

Another complementary and alternative medicine study from The Children’s Hospital at Westmead, Australia discovered that babies who died of SIDS had lower levels of a particular protein called orexin. Orexin (hypocretin) is a neuropeptide that regulates arousal, wakefulness, and appetite. In adults, it is a possible cause of sleep apnea and, in babies, orexin causes babies to roll over when they don’t have enough oxygen and this can only happen when the babies sleep on the stomach. They researchers found the babies who died of SIDS had around 20 percent less orexin than the others.

Reducing the risk of SIDS

Although there are no risk-free methods of preventing SIDS, using the above recommendations will go a long way to lessening the risk and stress of SIDS.