Better than the real thing, but ‘Coca-Cola Life’ is still not healthy according to all Complementary and Alternative Medicine Research Studies! 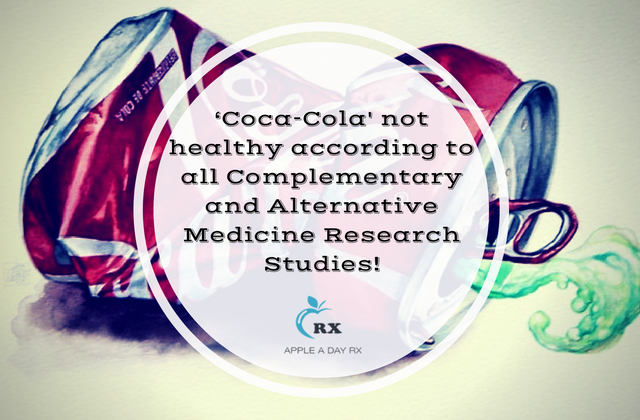 However, both these companies have played a significant part in the global obesity epidemic. A case in point is China’s obesity epidemic which paralleled the growth of fast foods and coca cola consumption; this is not a coincidence!

In recent years as more people have become aware of health issues these companies have been forced to change several products due to consumer demand. In 2014, Coca -Cola introduced ‘Coke-Life’ which is a sweetened blend of stevia and sugar; Stevia is often recommended as an alternative medicine treatment. It is 200 times sweeter than natural sugar, has almost no calories and does not raise blood sugar levels.

The stevia plant is related to the daisy and ragweed plants. It is native to Paraguay and Brazil, and the stevia plant was originally used as a sweetener and alternative medicine treatmentfor burns, colic, and stomach problems in native South American traditional medicine.

Complementary and Alternative Medicine research shows that Stevia leaves contain steviol glycosides including stevioside, rebaudioside (A to F), steviolbioside, and isosteviol. Stevioside is sweet but also has a bitter aftertaste while rebaudioside is better tasting, sweet and less bitter. This explains why Coco-cola have added sugar to Coca- Cola Life to sweeten the drink.Stevia isapproved for use in sugar-free soft drinks, hot beverages, jams, flavoured milk and other dairy products, cakes, desserts and alcohol.As a Complementary and Alternative Medicine, stevia and its glycosdieshas therapeutic effects against several diseases such as cancer, diabetes mellitus, hypertension, inflammation, cystic fibrosis, obesity and tooth decay. This verifies its use as an alternative medicine treatment, but it is the whole plant that possesses a synergistic medicinal effect.

Any cola drink still has a significant sugar concentration, thus consuming one or more daily servings is ill-advised.  Sugary drinks account for about 183,000 deaths worldwide each year, including 133,000 diabetes deaths, 44,000 heart disease deaths and 6,000 cancer deaths.According to the Harvard School of Public Health, people who drink 1-2 cans of sugary drinks daily are 26% more likely to develop type 2 diabetes.Along with physical inactivity regular consumption of sugary drinks are high risk factors to health.

As Professor Joep Perk, cardiovascular prevention spokesman for the European Society of Cardiology commenting on the childhood explosion of childhood obesity in China stated, “Computer games themselves are not the issue. The problem is that kids sit there with a two-litre bottle of fizzy drink. To burn those calories they would need to walk 46 kilometres but they don’t.” He further added, “This calls for a catastrophe committee in China to stop the alarming rise in childhood and adolescent obesity. They need to return to their former nutritional habits instead of eating junk food. Parents must take some responsibility and point their children in the direction of healthier choices.”

Perhaps the sugar tax should be universally implemented to help pay for increased healthcare cost associated with these health hazards. The big food companies are racing to create healthier sugar-free products and recently Nestle, the Swiss food giant announced that they are about to patent a new natural ingredient as a sweetener in their products.

Watch this space to see if it lives up to its billing!