Is Melatonin a Good Nutritional Supplement for Jet Lag? 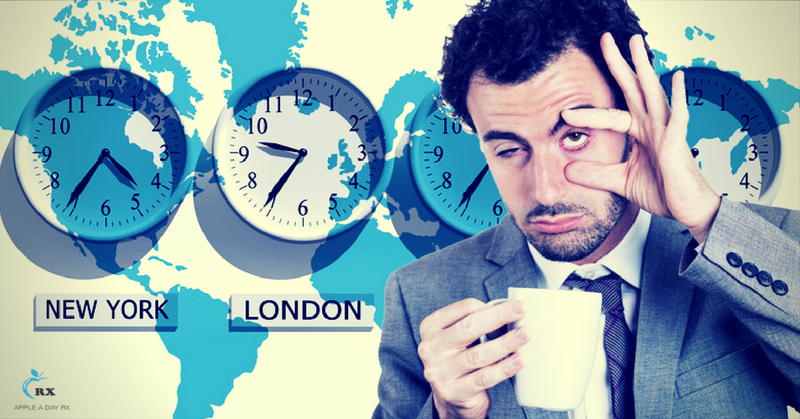 Jet lag! You have a headache. Your sleep is out of whack. Your body clock is out of sync. You feel grumpy and more fatigued.

77% of people who take long haul flights suffer from jet lag with 2.2 days of every trip impacting on them. A number of factors, such as the number of time zones crossed, direction, and timing of flights affect the symptoms of jet lag.

Jet lag or shift work sleep disorder occurs as a result of the body’s internal clock and the external 24-hour light-dark cycle being out of sync.The more time zones you cross, the longer it takes to reset the circadian pacemaker, and this exacerbates the symptoms of jet lag. Generally, your body will adjust to the time zone change at a rate of one time zone per day.

A Complementary and Alternative Medicine study published in the Cleveland Clinic Journal of Medicine suggested that most travellers can push their body clock back by two hours a day. The strategy suggested by the researchers was that people travelling east set their clocks ahead. For example, if you were taking a flight from Chicago to Paris, you would feel better by avoiding light exposure on arrival, either by remaining in darkness your hotel room or by wearing dark sunglasses when outdoors. Wearing sunglasses during transit to the hotel would also help avoid light exposure.

Caffeine is commonly recommended to combat the sleepiness of jet lag, but there is limited research that supports this strategy. Some medical doctors may prescribe stimulants such as armodafinil (Nuvigil) or zolpidem to decrease jet lag symptoms, but many people are concerned with the side – effects.

A Complementary and Alternative Medicine research study Suhner et al in 2001 revealed that taking zolpidem resulted in significantly less jet lag was rated as the most effective jet lag medication. However, zolpidem has adverse effects such as nausea, vomiting, and amnesia.

One of the earliest research studies on the effect of the nutritional supplement melatonin on jet lag was evaluated by Herxheimer and Petrie using the Cochrane Database Systematic Review (CDSR). CDSR is regarded as high-quality, independent evidence for clinical decision making. The review concluded that nine of the ten trials indicated that when melatonin is taken close to the target bed-time at the destination (10pm to midnight) there is decreased jet-lag from flights crossing five or more time zones. Herxheimer and Petrie commented, ‘Melatonin is remarkably effective in preventing or reducing jet-lag, and occasional short-term use appears to be safe. It should be recommended to adult travellers flying across five or more time zones, particularly in an easterly direction, and especially if they have experienced jet-lag on previous journeys.’

A word of caution

When nutritional supplement melatonin is taken on a short-term basis it is relatively safe, but it can cause side effects of headaches and daytime sleepiness. It is not recommended for children,in pregnancy and if taking other medications as it can have serious interactions.