Yoga and Meditation is Highly Effective for ADHD Children 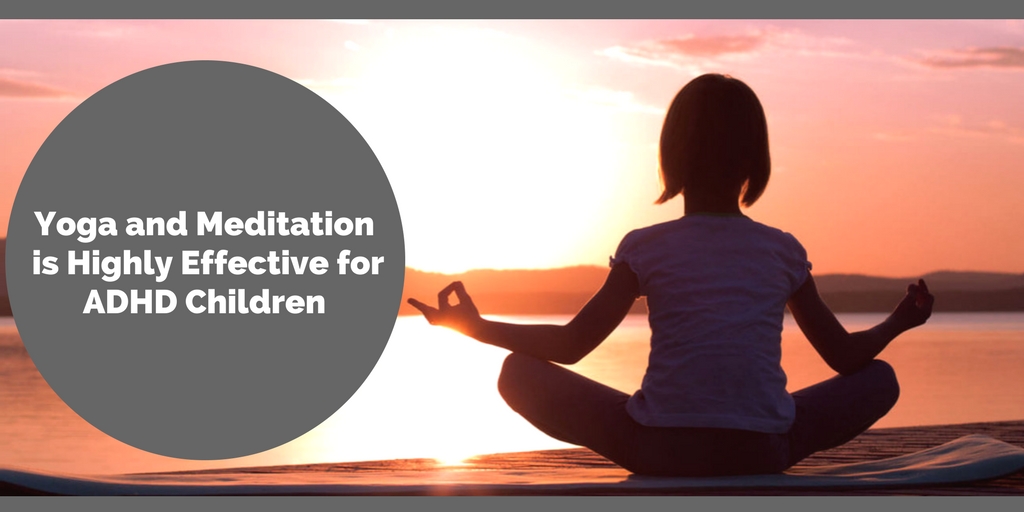 Attention deficit hyperactivity disorder (ADHD) is a common neurodevelopmental disorder that occurs in 5-8% school-aged children. The symptoms of ADHD extend into adulthood in 60% of childhood cases. Symptoms include inappropriate attention and hyperactivity which may lead to ADHD children having:

Common side-effects of ADHD medication included loss of appetite, sleep problems, and mood disturbances. Consequently, many parents are using Integrative medicine therapies and alternative medicine treatment to help treat ADHD children. A common advice given by integrative medicine doctors for ADHD is the inclusion of yoga and meditation therapy. So, is there any merit to this advice?

Many schools are including yoga and meditation as part of their school curriculum as yoga and meditation yield improvement in psychological and physiological well-being. For example, many yoga teachers will testify that the Savasana pose aids children to become still and stop fidgeting thus helping them to unwind and relax. Other asanas and meditations will improve:

A 2017 alternative medicine treatment study by Chou et al published in a peer-reviewed journal investigated if yoga exercise could benefit the sustained attention and discrimination function of children with ADHD.

Fifty children aged 8 to 12 years with ADHD from middle to high socioeconomic were recruited to the trial. They all undertook yoga program, which included:

These findings concluded that yoga and meditation therapy program showed significant improvements in accuracy rate and reaction time of the two tests were observed over time in the yoga therapy group compared with the control group.

”These findings suggest that physical activity combining various components of motor skills, body control, and concentration practice is beneficial to specific components of the executive function of children with ADHD’.

The ethically responsible researchers added that further studies with larger sample sizes are required. However, from the experience of parents who have enrolled their children in yoga classes, their school teachers, their proficient yoga teachers and the feedback from the integrative medicine doctors and the children themselves strongly indicate that a structured yoga and meditation therapy for ADHD children with mild to moderate symptoms is highly recommended.