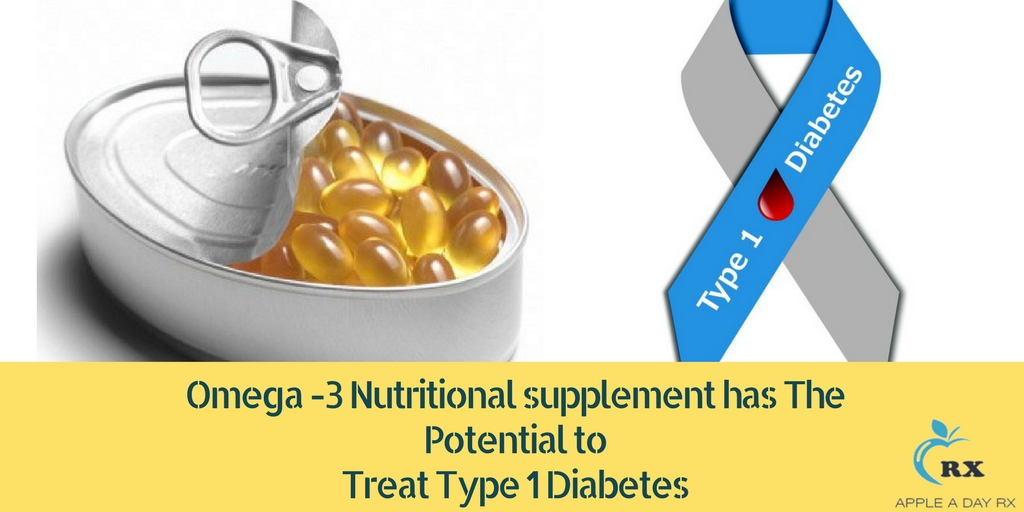 Type 1 diabetes occurs in approximately 10 % of adults.  It can develop at any age but usually appears before the age of 40, and especially in childhood. It is the most common type of diabetes found in childhood. Type 1 diabetes is an autoimmune condition, i.e. the body mistakenly identifies insulin-producing beta cells as being foreign to the body. The immune system then targets and destroys the beta cells, resulting in an absence of insulin,which leads to diabetes.

Symptoms can include excessive thirst and urination, unexplained weight loss, weakness and fatigue and blurred vision. Type 1 diabetes sufferers have to inject insulin every day to prevent dangerous fluctuations in blood sugar levels and prevent hyperglycemia and hypoglycemia. It is one of the most common chronic diseases among children, and Australia has one of the highest rates of type 1 diabetes in the world.

A new research, published in The Journal of Clinical Investigation has revealed omega-3 fatty acids nutritional supplements may be a future therapeutic agent in the treatment of Type 1 diabetes. The three main types of omega-3’s fatty acids are Alpha-linolenic acid (ALA), Eicosapentaenoic acid (EPA) and Docosahexaenoic acid (DHA). They are typically found in fish, seafood, and some vegetable oils.

The researchers found that adding omega-3s to the diet of non-obese diabetic mice resulted in:

These findings suggest that increasing intake of omega-3 fatty acid nutritional supplements could have beneficial effects by reducing the autoimmune responses that lead to Type 1 diabetes in humans, and it can be still useful in preventing many diseases.