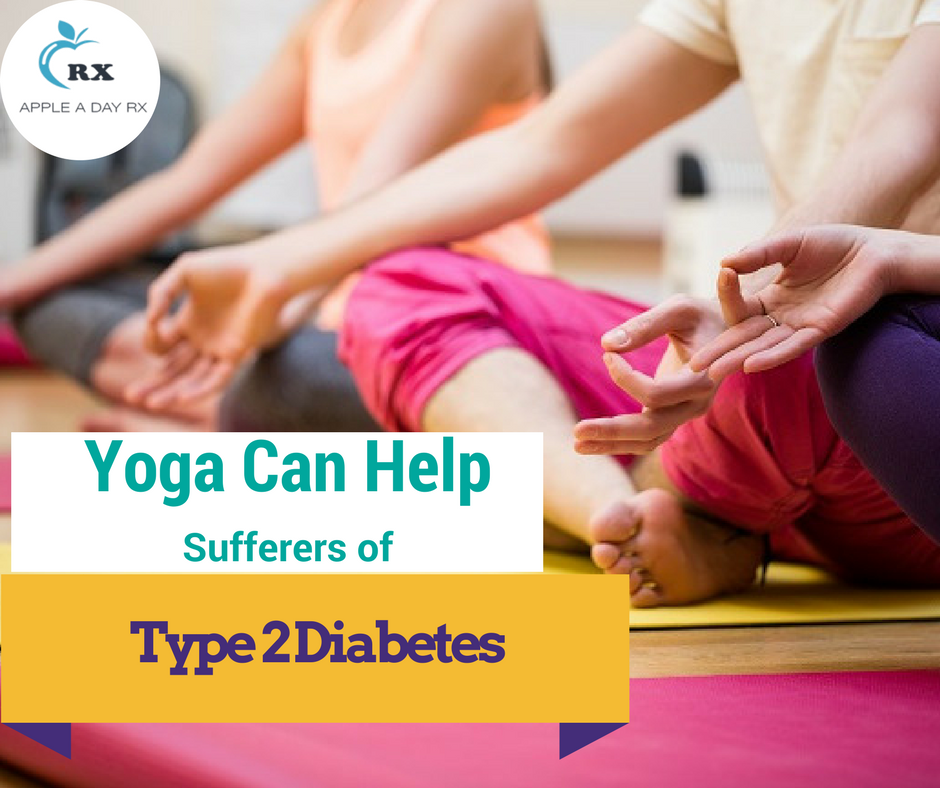 Worldwide, there are approximately 366 million people that suffer from diabetes. There are 2 types of diabetes:

Type 1 diabetes – A chronic autoimmune disease in which the beta-cells in the islets of Langerhans are damaged resulting in insulin deficiency and hyperglycemia.

Type 2 diabetes mellitus –  Characterized by defects in insulin secretion and insulin sensitivity resulting in the pancreas not producing enough insulin or the body does not properly use the insulin. As a result, glucose (sugar) builds up in the blood instead of being used for energy.

In type 2 diabetes, blood glucose levels are managed through an integrative healthcare approach of medication, diet, and exercise.In many instances, Type 2 diabetes can further lead to further complications such as heart disease, stroke, nerve damage, vision loss and kidney problems if medical intervention is delayed or not followed.

Yoga is an ancient practice that has been used in traditional medicine systems for thousands of years to treat diseases such as diabetes. Many yoga therapists use yoga asanas such as Surya Namaskar, Trikonasana, Tadasana, Sukhasana, Padmasana, BhastrikaPranayama, Pashimottanasana, Ardhmatsyendrasana, Pawanmuktasana, Bhujangasana, Vajrasana, Dhanurasana and Shavasana to specifically treat Type II diabetes.

Malhotra et al Complementary and Alternative Medicine (CAM) research paper in 2007 showed that these asanas resulted in a significant decrease in waist-hip ratio and changes in insulin levels. Malhotra further commented that yoga asanas may be used as an adjunct to diet and drugs in the management of Type 2 diabetes. This further validates an Integrative Medicine model which utilizes a combination of therapies, which is arguably more sustainable and efficacious than the standard conventional medicine model.

A recent CAM study by Venugopal has further shown the value of yoga in the treatment of type 2 diabetes. In this study,1292 subjects diagnosed with type-2 diabetes and pre-diabetes undertook a 10-day non-residential camp.The researchers recorded the blood sugar levels both before and after the participants practised yoga. The data showed that blood glucose levels fell by 10% in those who had practised yoga for ten straight days and been to seminars about yoga, meditation and diabetes.The researchers concluded that a short-term Yoga-based lifestyle intervention effectively reduces Fasting Plasma Glucose levels in type 2 diabetes patients and pre-diabetes.

The inclusion of yoga and meditation along with dietary and lifestyle modification is a common protocol in Integrative medicine protocols for treating Type 2 diabetes. The aforementioned case studies further add to the growing body of evidence that an integrative healthcare approach is essential in the treatment of Type 2 diabetes.