The Supplement That Can Fight Childhood Obesity 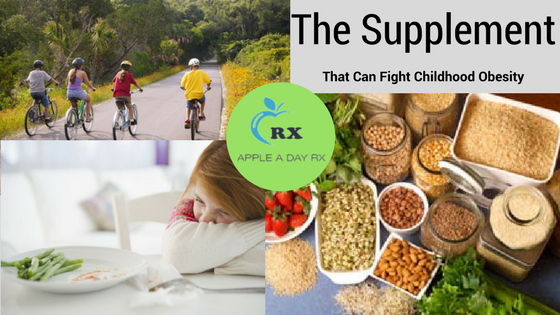 Childhood obesity continues to grow out of control. Recent figures suggest that over 100 million children worldwide are obese. China ranks number one in the world for highest number of obese children with 15 million and India is a close second with 14 million obese children.

These are indeed alarming figures which further show that the loss of traditional foods as part of the local diet. These traditional foods have been substituted by Western foods such as the fast foods consisting of hamburgers, chips, sodas, pastries, etc all of which are detrimental to health. The original traditional foods had a dual purpose of sustenance and acting as natural remedies in the prevention of illness.

There is no magic bullet for fighting childhood obesity. A multifactorial approach shouldbe utilised such as a combination of dietary modification and one or more of the following:

But there may be one key supplement which is a natural remedy that may help in the fight against childhood obesity.

Probiotics and prebiotics are often prescribed by practitioners of Complementary and Alternative Medicine and integrative medicine doctors. Prebiotics are known to help a variety of health conditions such as asthma. Probiotics are dietary supplements which contain live bacteria in large doses they improve GI health. Prebiotics are non-digestible fibres which are required for the bacteria to thrive.

A recent trial from University of Calgary has shown thatprebiotics reduce body fat in overweight children by altering their gut microbiota. The researchers recruited children aged 7 to 12 years old, who were classified as overweight or obese but otherwise healthy. The children were randomly assigned to groups given either the:

The prebiotic was given daily as a white powder, mixed in water for 16 weeks.

After 16 weeks, children who consumed the prebiotic had significant decreases in:

The CAM researchers concluded that this prebiotic fibre supplement has a positive impact body weight, with the proposed mechanism of action including decreased energy intake due to heightened satiety responsiveness and fullness following fibre consumption.

These are promising CAM results that warrant further investigation sooner rather than later.