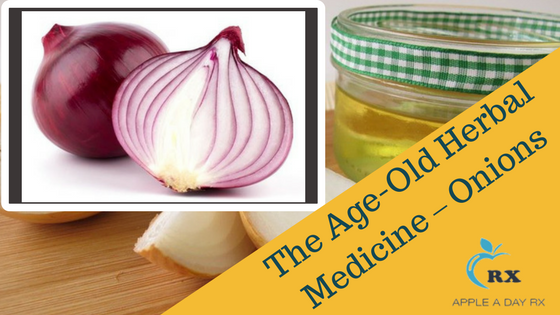 Onions are the flavour-enhancing in many recipes. They are one of the most versatile vegetables that are eaten either grilled, caramelised, pickled, or raw.

However, we often overlook the fact that onions have also been traditionally used as herbal medicine treatment for a variety of diseases.

Onions have numerous health benefits as they contain flavonoids and the alkenyl cysteine sulphoxides (Griffiths 2002). There are two flavonoid subgroups found in onion

These two compounds from onion have been reported to have a range of health benefits which includes anticarcinogenic properties, antiplatelet activity, antithrombotic activity, anti-asthmatic and antibiotic effects (Griffiths 2002).

In Ayurvedic Medicine, onions have been traditionally used as a natural cure and remedy for treating a wide variety of ailments such as:

Onions are also a key ingredient in Mediterranean cooking, which may further explain its power as a natural cure and remedy.

A recent biological study from University of Guelph, Canada has found that red onions kill cancer cells. The research determined that the Ruby Ring onion(red onion) was effective in killing breast and colon cancer cells.

Onions are known tohave high concentrations of anthocyanin which may increase the inherent concentration of quercetin. It is proposed that quercetin chelates iron, which is required for the growth of cancer cells, which further stops the cancer cells from growing and induces cell death.

The next stage is to isolate the potential anti-cancer compound in onion and test it in clinical trials to demonstrate its effectiveness as an anti-cancer drug.

These studies further validate the efficacious use of onion as a viable herbal medicine treatment option for a variety of diseases and at the very least as an important cooking ingredient for maintenance of good health.

So, the next time you do your groceries make sure that you purchase onions (unless you suffer from an allergic response) regularly as it is a powerful herbal medicine and a natural remedy for many ailments; see the Apple A Day RX healthcare app for more information.