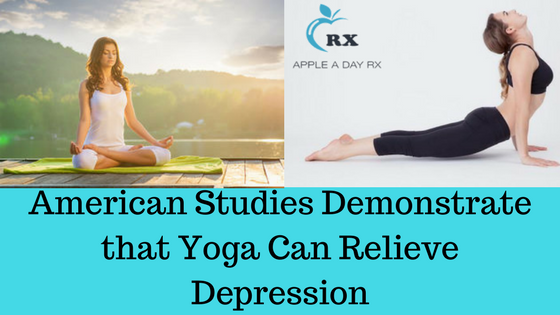 Yoga and meditation are often recommended by practitioners of Integrative Medicine as a treatment for many ailments.

Yoga teachers often state that having tight muscles or being inflexible in an asana can represent stuck, old repressed emotions; creating stress and emotional dysfunction. Yoga can help release unexpressed emotions that are stored in the body through meditative poses.

To many, this is a hard concept to understand. Sceptics often comment that this is not based on facts but is more representative of New-Age thinking.

Several American studies presented at the recent American Psychological Association’s 125th Annual Convention.American Psychological Association convention revealed that weekly yoga sessions can help relieve symptoms of depression.A key research study led by Dr Lindsey Hopkins examined hatha yoga (and meditation) exercise on 23 male veterans who participated in twice-weekly yoga classes for eight weeks on. At the end of the CAM study, the average enjoyment rate scored by the participants was 94%, with all participants stating they would recommend the program to other veterans. Moreover, participants with elevated depression scores before the yoga program had a significant reduction in depression symptoms after the eight- week yoga intervention.

Another CAM study conducted at Alliant University in San Franciscoinvestigated 52 women with depression, age 25-45 attending Bikram yoga classes twice a week for 8 weeks.  All participants were tested at 3, 6 and 9 weeks. The study concluded that these participants had significantly reduced depression symptoms, Bikram Yoga is a patented practice involving repeating the same 26 poses in set cycles over a 90-minute class in heated rooms; often up to a sweltering 105 degrees Fahrenheit (41 degrees Celsius).

These are very promising results and now U.S. military is investigating the creation of its own treatment program incorporating yoga. Welcome to integrative medicine! I wonder if the President knows?