Mental health refers not just to mental illness and mental disorders; it also includes emotional resilience and psycho social well being. One in five Australians experience a mental illness in any year. The most common mental illnesses are depression, anxiety and substance use disorder. 54% of people with mental illness do not access any treatment in Australia. More than 30% of countries worldwide have no mental health programmer, and the lack of access to affordable treatment in the developed countries makes the course of the illness more severe and debilitating.

For many who suffer from depression, their medical doctor routinely prescribes antidepressants.

•    Dopamine which stimulates the emotional desire for a “reward” in the form of pleasure
•    Nor epinephrine works by increasing alertness, focus, and the retrieval of memory
•    Serotonin which regulates moods, social behaviour, appetite, sleep, memory, sexual desire, and sexual function

The most common types of pharmaceutical medications include:

Selective Serotonin Re uptake Inhibitors (SSRIs)
These are the most prescribed antidepressants, which increase serotonin levels in the brain. Examples are: sertraline, citalopram, escitalopram, paroxetine, fluoxetine, and fluvoxamine.

Serotonin and Noradrenalin Reuptake Inhibitors (SNRIs)
SNRIs block the reabsorption of serotonin into neurons which allows more serotonin available to improve the transmission of messages between neurons. This class of antidepressants,e.g. venlafaxine, desvenlafaxine, and duloxetine. They are prescribed for severe depression and have fewer side-effects.

Monoamine Oxidase Inhibitors (MAOIs)
This class includes tranylcypromine; itsmode of action is unclear. MAOIs are prescribed only under exceptional circumstances as they require a special diet and have adverse effects.

Ketamine
This latest drug is for patients with treatment-resistant depression. It works by triggering glutamate production in the brain neurons to form new neural connections, which ultimately leads to more positive thoughts and behaviours. It is useful for those with suicidal thoughts. However, there are side-effects, but these out-weigh the possible risks. 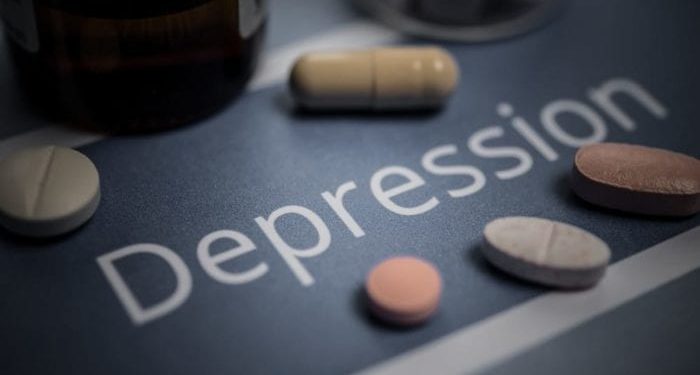 Integrative Medicine Approach
It is essential to recognize that only prescribing medication is not the answer to treating depression. An integrative medicine/therapy approach is needed and caution should be exercised with drug-drug interactions, drug-herb interaction, dosage and timing.

It is necessary to work holistically with other healthcare professionals to conduct further investigations into any underlying cause(s) of depression, such as adverse childhood experiences, low self-esteem, fear of being alone, past hurts, traumas, and poor diet as part of an Integrative Medicine approach for treating depression.